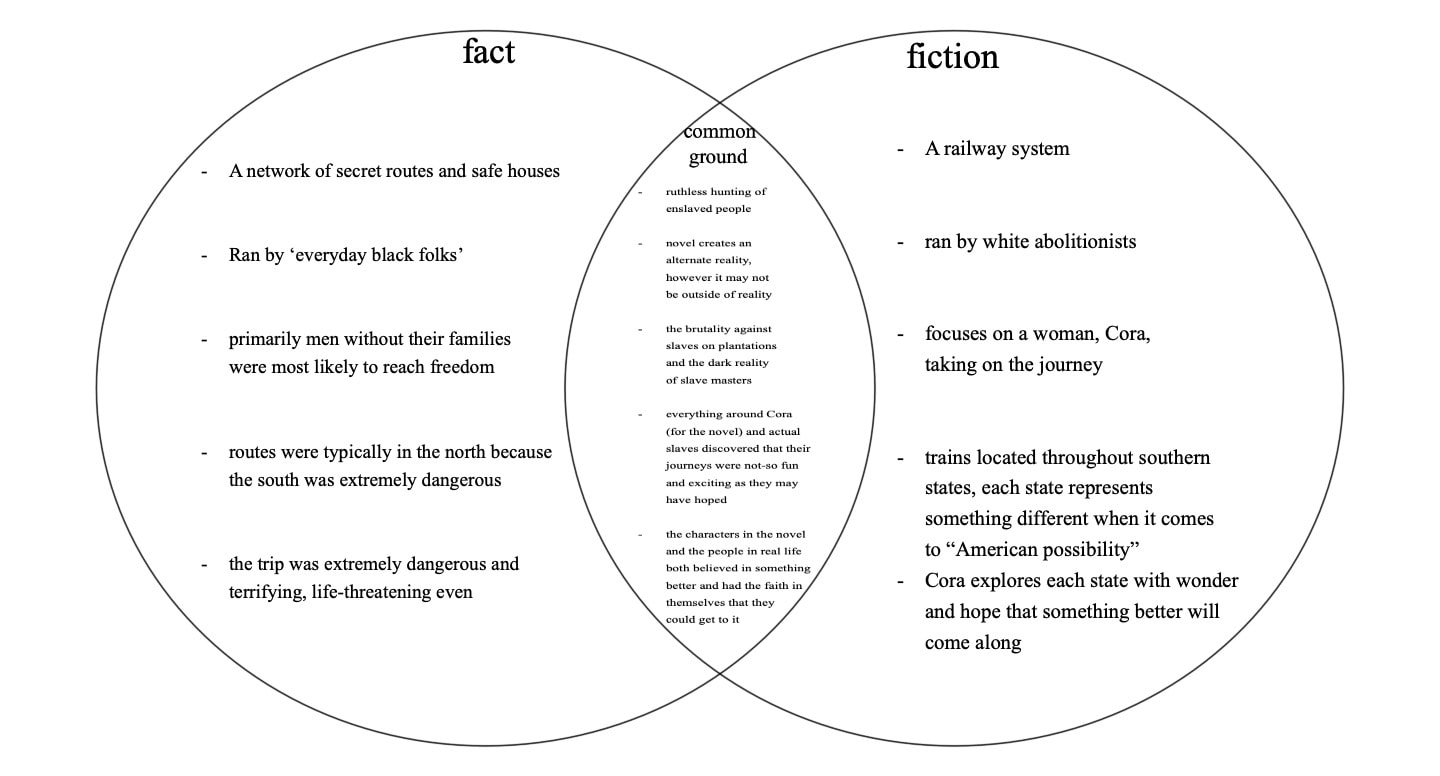 I was curious as to why the author chose to go a more fictional route with the novel because when I was growing up, I remember constantly being told that the Underground Railroad was not an actual railroad. After reading the novel, it got me thinking, "Maybe Whitehead was told the same thing and wanted to take it a different route."
I found an interview Whitehead did where he explained that as soon as he made the railroad an actual railroad, he did not feel confined to making the novel as close to fact as he could. Whitehead stated: "Once I make the leap of making the train literal, I've already committed to not sticking to the facts. And so I could bring in different parts of American history. And so as Cora runs north, she runs up against Tuskegee-style blood experiments. There's echoes of the Holocaust when she comes to North Carolina and there's a white supremacist state. So that, you know, initial whimsical choice to play with the metaphor allowed me to mix and match and explore different areas of American history" (Npr Choice Page).